NB: In registering, you are also signing up to the Tudor Travel Guide's newsletter and your email address may be shared with other speakers.

Over 18 blustery days in June 1520, an historic event took place in the Pale of Calais. Here, King Henry VIII of England and King Francis I of France met in an ostentatious display of power, wealth and status. Masterminded by Thomas Wolsey, the aim was to join the two kingdoms in a pact of solidarity and friendship, notably against the insurgence of the Ottoman Empire, that was threatening Christian Europe.

It was a spectacular event that became famous in its own lifetime. Now 500 years on, over the weekend of 9 - 10 May 2020, we at The Tudor Travel Guide are celebrating this historic event by holding a FREE two-day virtual summit. You will hear from experts in their fields talking about different aspects of the event ranging from the social, political and cultural context, to original research undertaken to locate the site of Henry's celebrated temporary palace; clothing and textiles; food and more ...

This online summit is FREE to attend. You simply need to register your name and email address. Don't worry if you can't make the dates and times advertised or if you are in a different time zone. All the videos will remain available to view until 24 June 2020 to coincide with the final day of the actual event, 500 years ago.

Here's what you can look forward to:

I am delighted to say that many of the speakers have generously offered to give away a copy of one of their books as part of a book bundle giveaway to one lucky winner, who will be selected at random at the end of the event. The winner will be notified by email and The Tudor Travel Guide will post the winner’s name on FB and Twitter. Books included in the bundle are:

I am also deeply grateful to our friends at Yale University Press who have offered ALL attendees to the Field of Cloth of Gold: 500 virtual summit free sample chapters from three of their books. These are:

Special Offer – 25% off all three books

Furthermore, all three books are available to purchase at a 25% discount from the Yale website. This offer runs until 31st July 2020. Details on how to download your free chapters and claim our dicount will follow once you are registered on the summit. 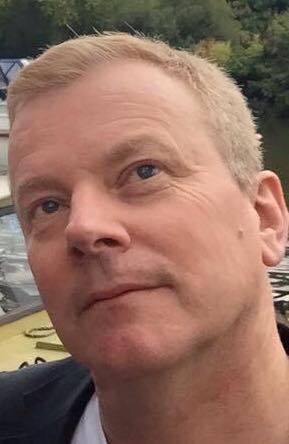 Dr Glenn Richardson is Professor of Early Modern History at St Mary’s University, Twickenham. Following doctoral study at the LSE, his work has concentrated on the European Renaissance, on diplomatic and cultural relations between England, France, Venice and the Papacy.

He is the author of Renaissance Monarchy: The Reigns of Henry VIII, Francis I and Charles V (London, 2002). His most recent book is The Field of Cloth of Gold (Yale and London, 2014). He is currently completing a biography of Cardinal Wolsey. Glenn is a Fellow of the Society of Antiquaries and a Fellow of the Royal Historical Society.

Charles Giry-Deloison is Professor of Early Modern History at the University of Artois (Arras, France). He works on late fifteenth - early seventeenth-century English History, and in particular on English diplomacy and England's relations with France and the Continent.

Amongst many publications, Charles is the author of: 1520: Le Camp du drap d’or / 1520: The Field of Cloth of Gold. He has written numerous articles and chapters on Anglo-French relations and is a Fellow of the Royal Historical Society and of the Société de l'Histoire de France.

Tracy Borman is a best-selling author and historian, specialising in the Tudor period. Her books include Elizabeth’s Women, which was Book of the Week on Radio 4; Thomas Cromwell: the Untold Story of Henry VIII’s Most Faithful Servant, which was a Sunday Times bestseller; The Private Lives of the Tudors and, most recently, Henry VIII and the Men Who Made Him.

She is also joint Chief Curator of Historic Royal Palaces. Tracy is a regular broadcaster and has presented three series for Yesterday TV inspired by her research into the private lives of people from the past. She also appeared in Channel 5’s Inside the Tower of London.

Maria Hayward is Professor of Early Modern History at the University of Southampton.

Her books include: Dress at the Court of King Henry VIII; Rich Apparel: Clothing and The Law in Henry VIII's England; The First Book of Fashion edited with Ulinka Rublack and Stuart Style: Monarch, Dress and the Scottish Male Elite (forthcoming, Spring 2020).

Julian is a graduate of the Institute of Archaeology, London, with over 45 years’ experience of historic buildings and landscapes and is Head of Buildings Archaeology at Oxford Archaeology.

He has undertaken studies of medieval timber-framed buildings; has worked on medieval houses, castles, cathedrals, and country houses, and is interested both in the archaeology of buildings and the link between documentary history and extant remains of the past.

Julian has an extensive range of publications on historical and archaeological topics; has appeared on Time Team programmes, being instrumental in the rediscovery of Edward III’s Round Table building at Windsor Castle and, as mentioned at the top of this introduction, locating the site of Henry VIII’s temporary palace at the Field of Cloth of Gold.

She has turned her passion for early English History into a business and opened a living history guesthouse, the Old Hall in Norfolk, where people step back in time and totally immerse themselves in Tudor History.

Brigitte loves re-creating Tudor food. She is a regular contributor to The Tudor Travel Guide website, where she contributes Tudor recipes via The Great Tudor Bake Off monthly feature.

Natalie Grueninger is a researcher, writer and educator, who lives in Australia with her husband and two children. In 2009 she created On the Tudor Trail, a website dedicated to documenting historic sites and buildings associated with Anne Boleyn.

Her first non-fiction book, co-authored with Sarah Morris, In the Footsteps of Anne Boleyn, was published by Amberley Publishing in the UK in September 2013. Book number two in the series, In the Footsteps of the Six Wives of Henry VIII, was released in the UK in March 2016. In 2017, Natalie collaborated with illustrator Kathryn Holeman to create Colouring History: The Tudors, a unique and beautifully illustrated colouring book for grown-ups that features images and scenes inspired by the ever-fascinating Tudor dynasty. The second book in the series, Colouring History: Tudor Queens and Consorts was released in May 2018.

Natalie’s first solo book, Discovering Tudor London was published in the UK in August 2017. In 2018, she launched a podcast called Talking Tudors. Natalie is currently researching and writing a book about the final year of Anne Boleyn’s life, due for publication in early 2021.

She is a researcher, author, podcaster and vlogger. Her first book, published in two volumes was a novel, Le Temps Viendra: a Novel of Anne Boleyn. Volume I was released in 2012 with the second following in 2013. She has also co-authored two non-fiction books, In the Footsteps of Anne Boleyn and In the Footsteps of the Six Wives of Henry VIII with Natalie Grueninger.

In 2018, Sarah established The Tudor Travel Guide: 'your visitor’s companion to the houses, castles and manors of sixteenth century'. She has appeared on several TV shows as a Tudor expert and was central in the rediscovery of the ‘Anne of Cleves’ Heraldic Panels’ with Jonathan Foyle.

Sarah also produces a monthly podcast, The Tudor Travel Show, exploring Tudor places and artefacts. She regularly posts videos on her YouTube Channel: The Tudor Travel Guide, including the NEW series, The A-Z of Tudor Places.